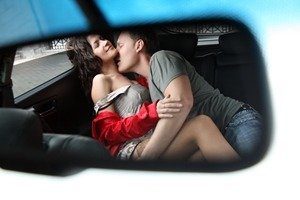 Some people don’t distinguish the difference between making out and simple kissing, but there is a big difference. Making out is a full mouth kind of kissing that usually involves some tongue action and open mouth macking. Making out is usually more of a precursor to some other stuff that is hot and heavy. If you have a hankering to make out with someone, it’s pretty easy to meet someone new by using one of Talk 121’s local chat lines. There is also French kissing which is usually just one or two kisses involving tongue, named for the romantic society in Europe.